Crater Lake is not only Oregon’s sole National Park, but it is the deepest lake in the United States at just over 1900 feet. Really what strikes everyone as they catch their very first glimpse is the brilliance of the blue water. Photos of Crater Lake give you an idea of the color, but this is one you absolutely want to engage with your own eyes.

If you’re travels take you through Oregon, Crater Lake National Park should be on your itinerary if at all possible. It’s far from I-5 so you do have to make it a point to go there; but I promise, you will thank yourself, it’s uniquely beautiful.

It is one of the, “7 Wonders of Oregon” stopovers as identified in the tourism departments overwhelmingly successful campaign. I’ll cover the other 6 in another post, but if you only see one, this is it.

From our home Crater lake is but an hour’s ride south and a favorite spot to cruise through and have a picnic. There is an entrance fee $10 for motorcycles ($15 Cars) and they are going up….way up. The initial proposal was to raise the car fee to $50…….ridiculous was the response by more than just us…….so it will be a graduated increase of $5/year. We buy an annual, “Interagency pass” (2015 was $80) and we figure we saved more than double that with all the parks we visited. Call your congresspeople……National Parks should not be priced out of reach of families !!!!

There are two entrances to the park, the North and the West with each accessing, “Rim” Drive and the main area, “Rim Village.” Mt. Mazama was once the highest peak in Oregon at over 12,000′, until a spectacular eruption took about a mile off the top. Some blew away and some fell into the now famous caldera. With no rivers or streams flowing into (or out of) the crater, it eventually filled with rain and snow. This water is thought to be some of the purest on the planet due to a lack of pollution. The intense blue comes out of the fact that all light except blue is absorbed by the water.

The rim itself runs between 7 & 8,000 feet above sea level and it’s around 2,000 feet down to the water. Heads up, people die here after getting too close to the edge and falling…..heed the warning signs and stay back.

The North entrance is closest to us and our preferred route in the summer. During the winter the park is open, but only accessible via the South road off Hwy 62. Don’t avoid the park if you happen by in the winter, even with a average of 44 feet of snow it is maintained and open.

Since we’re headed in for a picnic, our first destination is Rim Village for the best views while we eat.

A Safeway deli veggie sandwich, some Tofurkey (Hood River, OR) a bag of Kettle Chips (Salem, OR) and some spring water from the park……now that’s a picnic !!

Rim Drive is a two-way well maintained, (which means summer road construction) road around the perimeter with many places to stop and view/photograph the sights. It is a fun mountain motorcycle road cutting through beautiful alpine forest with magnificent views of towering cliffs and far off peaks.

Some folks prefer a trolley tour that allows more time to gawk at scenery in between stops and a guide filled with geological and historical facts.

There are a couple of choices for staying the night. The lodge is pretty similar to other National Parks, historic, rustic with rooms starting at $220/night. Reservations at least a year in advance will get you in.

Spanning 4 summers, we’ve visited 8 states and British Columbia. We have ridden almost 60,000 miles. We live in Bend, located in the heart of Central Oregon.

Dining in the lodge, expensive so thankfully there’s nothing for vegans we aren’t even tempted.

With so many windows letting in sunshine, it was difficult to get a wide shot of the great room. It is much larger than showing here.

Pretty nice deck to have a beer and enjoy the view.

This huge fireplace is framed by windows so it had to be closely cropped.

The National Park Service no longer allows plastic bottles of water to be sold. They sell reusable bottles and provide filling stations in every park. The bottles were reasonably priced, unlike everything else in the gift shops ? We picked these up at Zion and have not bought bottled water since…..on the road we stop at fast food places or grocery stores with self-serve soda fountains and get ice and water……free. Thank you NPS for nudging us into doing what we knew was the right thing, but convenience (laziness) kept us buying and throwing away those bottles. We will now see how many years we can get out of these.

The National Park Service no longer allows plastic bottles of water to be sold. They sell reusable bottles and provide filling stations in every park. The bottles were reasonably priced, unlike everything else in the gift shops ? We picked these up at Zion and have not bought bottled water since…..on the road we stop at fast food places or grocery stores with self-serve soda fountains and get ice and water……free. Thank you NPS for nudging us into doing what we knew was the right thing, but convenience (laziness) kept us buying and throwing away those bottles. We will now see how many years we can get out of these.

Wizard Island, the big island in Crater Lake. You can get there by the only boat on the lake, after hiking a little over a mile to the bottom from the rim.

Standard boat tour is $40. You can be dropped off on the island for 3 hours of hiking for an additional $17. This photo is as zoomed in as we could get on the boat, from the rim.

Now head out around the 33 mile rim drive and look for more interesting vistas. From almost any place you have a view of the lake you will see Wizard Island, but can you find Phantom Ship the other island in the lake? How about spotting the “Old Man,” a Hemlock log that has been floating around the lake for over 100 years. Only a stump remains but he’s out there and if you’re really lucky you may spot him. I’ve never seen him, but you always look !

The Phantom Ship, Crater Lakes other island as seen from the nearest viewpoint.

That’s as close as we could get.

Random dog photos I like to close with. This is Bodie, he was a rescue who became one of my pals for 10 years. He loved to wag his tail and chase anything that moved. He was blessed to have been one of the happiest dogs on the planet…..Bodie loved life. He’s only been gone a few weeks, but I’ll miss him forever. We love you Bodie, may you now run free without a sick body……Someday I’ll get to hear that happy bark again.
Here’s a under 3 minute tour around Crater Lake National Park. 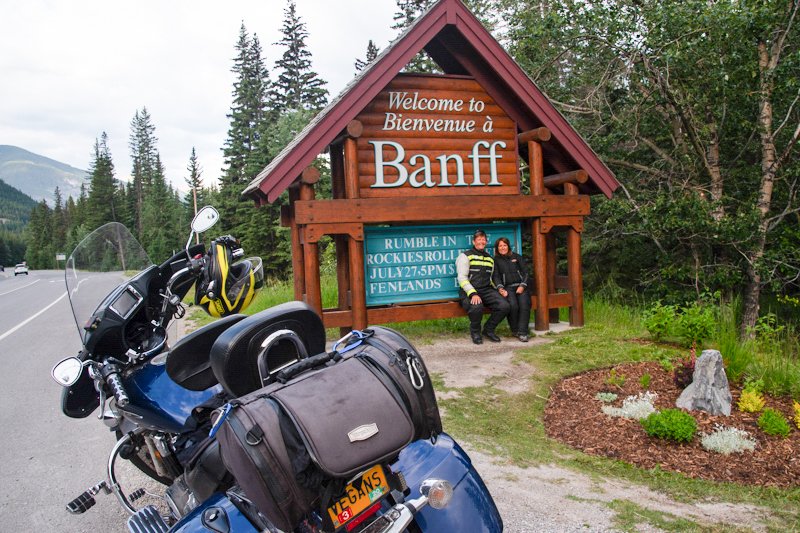